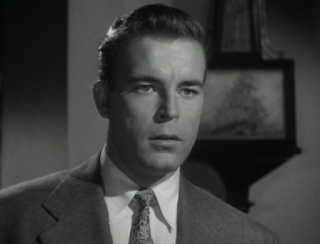 When I heard that Scott Brady is the star of Undertow and that he was the brother of another noir actor, Lawrence Tierney, I had to put Undertow on my list. It’s always fun to see the Brady/Tierney brothers on the screen. I know that both had a few scrapes with the law and were tough guys in real life. Seeing them on the screen puts them at a safe distance, however, and I can admire both of them as much as I like in a film. And Scott Brady did not disappoint in the role of Tony Reagan in Undertow.


Tony Reagan’s story starts in Reno, Nevada, with him leaning against a car marked “Mile High Lounge.” (Blink and you’ll miss it.) From across the street, he sees two people, an older man (Pop) and a young boy (Willie); they are the family of someone he knew while fighting in World War II, someone who died in the war. Tony is a new partner in their lodge thanks to his friendship with his fallen comrade. Tony would be going back to the lodge with them right then and there, but he wants to go to Chicago and propose to his sweetheart, Sally Lee. In other words, he is a returning war veteran with big dreams, both financially and romantically.

(This article about Undertow contains spoilers.)

Tony runs into an old friend from Chicago, Danny Morgan, in the street while he is still in Reno. His plane doesn’t leave until later that day, so he as the time to go with Danny to the casino that Danny runs. They talk about old times in Chicago, before the war. Tony shows Danny the engagement ring he bought for Sally. Danny shows the engagement ring that he bought for his own girlfriend, although he doesn’t give any details at all about this person. It’s a little bit of foreshadowing about what’s in store for Tony when he returns to Chicago

Tony walks around the casino and literally runs into the same woman named Ann McKnight twice. They start chatting, and Tony advises Ann about gambling technique. He helps her win some money, then warns her about quitting while she is ahead and still has her winnings. Tony and Ann meet again by chance on the plane. Ann is also from Chicago, where she is a schoolteacher. She is instantly attracted to Tony: She is visibly disappointed when he says that he doesn’t plan to stay in Chicago and that he has a girlfriend that he plans to marry. 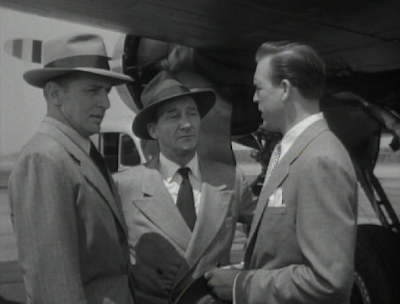 Getting off the plane, Tony runs into another childhood friend: Detective Chuck Reckling. Reckling is quick to make it clear that this meeting is not a social call. He is meeting Tony at the airport with Detective Cooper because Captain Kerrigan wants to talk to Tony. At the police station, the captain accuses Tony of wanting to kill Big Jim Lee. The captain has no proof and Tony has no such intention, but the police did receive an anonymous tip. Big Jim Lee is Sally Lee’s uncle, and he ran Tony out of town several years ago, before the war, because he doesn’t want Tony involved with his niece. Captain Kerrigan is using that information, combined with the tip, to warn Tony about staying in Chicago. Tony knows his rights, however: If the captain has no evidence and isn’t going to arrest him, then he is free to leave, and he does. But the captain sends another detective to follow Tony, who loses him by ducking into an overhead El station. 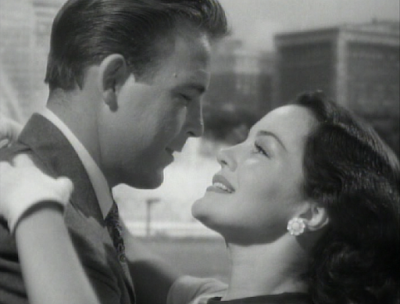 Sally Lee and Tony Reagan arrange to meet, and Sally tells Tony that there has been no one else in her life since he left Chicago seven years ago. She is lying; she is Danny Morgan’s girlfriend, the one he is planning to marry. Sally is the one who plays the role of femme fatale in Undertow. She and Danny are in on a setup: They plan to kill Sally’s uncle, place the blame for the murder on Tony, and then take over Big Jim Lee’s businesses. Sally knows that Tony is determined to break the news about his marriage intentions to Big Jim Lee himself, and when Tony arrives at the Lee residence, someone ambushes him and knocks him unconscious. It’s all part of Danny’s and Sally’s plans.

When Tony regains consciousness, he finds two men putting him back in his car and staging it to make it look like he had been in an accident. He knows that he is a wanted man because he overhears a police radio broadcast stating that he is the main suspect in Big Jim Lee’s murder. It’s going to be hard for him to hide in Chicago. He has plenty of friends and everyone seems to know him—and the police are checking with all of them. His only recourse is to look up Ann McKnight. She is the only one who doesn’t have an obvious connection to him.

Or that’s what he thinks. Tony Reagan then goes to Charles Reckling’s apartment to see if Reckling will use his police connections to help him find evidence and clear his name. Reagan holds Reckling at gunpoint because he is desperate for the help; he knows that he is innocent of Big Jim Lee’s murder and he is convinced someone is trying to set him up. Reckling is willing to help Tony out of loyalty to an old friend and eventually comes around to Tony’s way of thinking. But his loyalties are divided because he is also a law enforcement officer. He also knows how to find Tony because he remembers Ann McKnight from the airport. 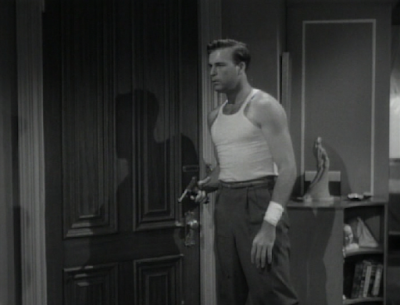 What follows is a bit of a blur because Reagan and Reckling move fast once the general public knows that Reagan is a wanted man. I’ll have to see the film again to make sure I didn’t miss any plot details. It won’t be a hardship because Undertow is a fun for a film noir. I won’t have any trouble watching Tony Reagan fighting fate and winning in the end.

I watched Undertow on a DVD collection of four films called Dark Crimes: Film Noir Thrillers, Volume Two, released by TCM Classic Movies. Each film came with a featurette starring Eddie Muller, who, as always, gives some great facts and background for all the films, including Undertow. Muller describes Scott Brady as very charismatic, virile, and comfortable in the lead role, probably because Brady was a war veteran himself. Nothing to argue with there! I already think Scott Brady looks great on the movie screen.

But then Muller mentions that a lot of people have trouble with Peggy Dow because she is so sweet and charming in the role of Ann McKnight; they cannot understand what she sees in Scott Brady. This last observation left me scratching my head after I saw the film. I didn’t think anything of it when I watched the featurette (I watched the featurette before seeing the film, even though Muller advises against it!) because Undertow is a noir after all, and someone acting a bit psychotic wouldn’t have been out of the ordinary.

But Scott Brady plays the good guy in this noir, the guy who is set up and wrongly accused, the guy who desperately wants to clear his name. Peggy Dow’s character Ann McKnight might have fallen in love with Tony Reagan very quickly, but I think most people would call that love at first sight. That’s what I call it, at any rate, and I believe that the on-screen romance and chemistry between the two leads are genuine: I bought the romance angle completely. Considering the way that the film ended, with Tony Reagan and Ann McKnight getting married, I don’t think the film’s screenwriters and producers had an unhappy outcome in mind for the two of them. It’s an uncharacteristic ending for noir—that’s true. But Tony Reagan deserves an uncharacteristically happy ending after all he had been through!