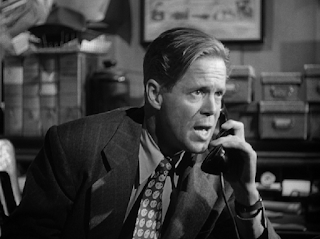 I am a huge fan of Dan Duryea, so I expected to enjoy The Underworld Story no matter what. But the film is even better than I expected. The cinematography is gorgeous, and I had to restrain myself from taking a million screenshots. The acting is great—and not just because of Dan Duryea. Herbert Marshall and Gale Storm are good in their roles, and Howard Da Silva is a surprise as a hardened criminal (Carl Durham) with his own noir sense of humor: He is menacing, and he is the only one who finds his jokes amusing, which makes him more menacing. The staging was elegant, especially in the scenes with Herbert Marshall (as E. J. Stanton) and Gar Moore, who plays his son, Clark Stanton.

Even with all that, of course, the story has to be good, too. And I wasn’t disappointed on that point. There are some plot surprises, which is always a good sign. One is the fact that race and prejudice are such a big part of the story. In all that I had heard about the film (mostly involving comparisons to Billy Wilder’s Ace in the Hole, which was released the following year), I had not heard anything about race and prejudice being a theme.

Dan Duryea plays Mike Reese, a news reporter who will do almost anything for a scoop, a story. Because he is accused of rushing one of his stories to print, a witness giving secret grand jury testimony against local gangster Carl Durham is shot and killed, and district attorney Ralph Munsey is wounded, both in the same attack. This scene is the only glaring mistake in the film: It’s really hard to believe that the men who are shot on the stairs of the courthouse do not see the car across the street or the machine guns in the hands of the car’s occupants. And it’s really hard to believe that the criminal in the middle, Howard George Meyers (aka the Turk), isn’t handcuffed, at the very least. This scene also opens the film, so I started to have some doubts that the narrative would hold my interest, but those doubts quickly disappeared.

After this one-sided shootout, Reese is fired at the insistence of the district attorney and needs a job. His reputation precedes him, however, and even his college roommate is anxious to avoid him. A fellow journalist gives him an idea: Leave town and start his own small newspaper. Reese finds himself in a small town called Lakeville partnering with Cathy Harris at The Lakeville Sentinel. Harris isn’t entirely convinced at first, but Reese overcomes her objections by taking charge when a young Lakeville boy bursts into the newspaper offices to announce the murder of Diane Stanton. 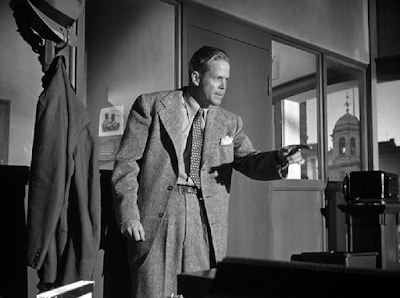 The Underworld Story takes place in New England and probably starts in Boston. When Mike Reese is still working for Ed Gordon at the start of the film, a sign outside Gordon’s office reads “Faneuil Restaurant.” I couldn’t find a Faneuil Restaurant, but Faneuil Hall Marketplace is a landmark and a tourist destination in Boston. Mike Reese then moves to Lakeville to form a partnership with Catherine Harris at The Lakeville Sentinel, and Lakeville is a real town in Massachusetts.

The murder investigation starts to center around Molly Rankin, the Stantons’ maid. She was the last person to see Diane alive, and she is now missing. Lieutenant Tilton of the state police theorizes that Molly stole Diane’s jewelry and killed her. Clark seizes on that theory, declares that Diane should have fired Molly months ago, and works hard to ensure that all the suspicion falls on Molly Rankin. His father confronts Clark about his gambling debts, but Clark insists that he didn’t steal his wife’s jewelry. He is happy to lay the blame on Molly Rankin, and he knows that it will be easy. In the 1950s, who would believe her? He says that she is a maid, and he uses the n-word to describe her. Clark Stanton isn’t above using class as well as race against Molly. 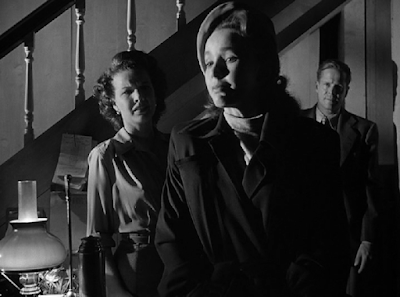 Molly Rankin shows up at The Lakeville Sentinel offices to talk to Catherine Harris. Catherine and Molly have known each other since they were in school together, and Catherine has a difficult time believing that Molly is capable of killing anyone, in spite of the accusations leveled against her. She allows Mike Reese to stay and be part of the conversation, even though Molly has some reservations about talking in front of a stranger. Molly says that Diane Stanton asked her to pawn the jewelry. But she realizes that no one will believe her because she’s Black and she’s only a maid. She knows that she is up against powerful interests.

Mike Reese promises to help Molly Rankin by publicizing her story and putting the reputation of The Lakeville Sentinel behind it. As soon as she leaves with Catherine to hide out at Catherine’s home, Reese calls District Attorney Ralph Munsey and promises to deliver Molly Rankin for the $25,000 reward money offered by E. J. Stanton to find Diane Stanton’s murderer. The district attorney tells Reese that he will get the reward if Molly Rankin is turned in and she is found guilty of murder.

Reese makes this type of about-face several times in The Underworld Story. Compared to the other characters, he seems to be the least consistent. I thought so until I realized that he is really just as consistent as all the others: He is interested in self-preservation and not much else. If his tactics help or hurt others, it’s all the same to him. For instance, after his phone call to the district attorney, Mike Reese tries to convince Catherine Harris and Parky Parker, the printer for The Lakeville Sentinel, to write sympathy stories for Molly Rankin. They can set up a defense fund and drum up sympathy for her in the local community. (Their ideas work so well, by the way, that Clark Stanton wants his father to get rid of—that is, kill—Mike Reese.) Their sympathy stories increase the newspaper’s circulation, and people in Lakeville want to donate to Rankin’s defense fund. Mike Reese uses the money to hire a lawyer for Molly. And, of course, coverage of the trial increases their newspaper circulation. 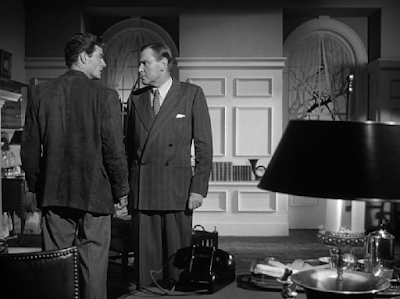 The Stantons’ campaign against Molly Rankin eventually succeeds, and the citizens of Lakeville turn on her. In fact, they get pretty ugly about it, and the theme of racism comes up once again. The lawyer, Stanley Becker, that Mike Reese got to represent Molly Rankin now wants her take a plea deal and plead guilty to manslaughter; that way, she will get three to ten years instead of life. With public opinion now turned against her, he doesn’t think she would win in court even if she were White, he says. When Becker and Reese visit Rankin in the jail to discuss her limited options, she refuses to accept a plea deal or plead guilty to manslaughter.

• Mike Reese: “You’ve got to listen to him [Stanley Becker], Molly. Think of yourself.”

• Molly: “That’s a high price for a human being. I had a great-grandfather who was sold for much less. I’d like to go now.”

The film doesn’t turn into a courtroom drama, however. The various plot threads are sewn up before Molly goes to trial, and in very dramatic fashion. 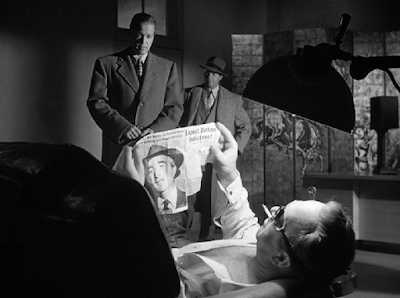 You might think The Underworld Story is misnamed because it doesn’t follow the known criminals and make them main characters, but the main characters, and by that, I mean Mike Reese, E. J. Stanton, and Clark Stanton, the newspapermen, are no saints. They might be well-respected businessmen and journalists in the town of Lakeville, but they defy categorization and cross lines when it suits their needs. Reese’s ethics are questionable at best, and he is willing to borrow money from Carl Durham, an underworld boss, to buy his share of The Lakeville Sentinel. E. J. Stanton has secrets, and he’s willing to cover up his son’s crime to keep them secret. His son, Clark, has no scruples at all. He has no remorse about murdering his wife, and when his father won’t resort to murdering Mike Reese, he hires Carl Durham to kill Reese.

This article about The Underworld Story , which was released in an even year (1950), is my entry in The Odd or Even Blogathon organized by Gill from Realweegiemidget Reviews and Rebecca from Taking Up Room. Click on either blog name, or on the links in the list below, for the complete list of blogathon participants and their entries, which will be updated regularly from January 20 to January 23, 2022. Each host operates in a different time zone so there will likely be discrepancies between the times that each entry is added to the two different blogs.

Distributed by United Artists  •  Produced by FilmCraft Productions
Posted by Marianne at 6:29 PM