I decided to read one of Jonathan Latimer’s novels because of Eddie Muller’s commentary on the DVD for Alias Nick Beal. Latimer was the screenwriter for that film noir, and Muller had nothing but high praise for him. Penzler Publishers has reissued one of Latimer’s novels, Headed for a Hearse, as part of its American Mystery Classic series, which also made the novel easy to find. It would have been fun to read the first edition published in 1935, but I’m guessing that it was published originally as a paperback pulp novel that probably didn’t stand up well to the passage of time. Eighty-seven years can’t be easy on a mass-produced paperback.

The novel opens with Robert Westland sitting in his cell on death row. Dave Connors and Isadore Varecha are two fellow prisoners in neighboring cells. All three have already been convicted of murder and sentenced to die, and Westland’s execution has already been scheduled. Westland has received a mysterious note claiming that someone with the initials M. G. knows that he is innocent. The note gives Westland instructions for finding M. G. and gives him enough hope that he decides to fight while he still has time (about one week). Dave Connors gives him the name of his lawyer, Charlie Finklestein. Westland has enough money to bribe the prison warden for an interview with the lawyer, and he is able to convince Finklestein that they have a chance to prove him innocent of murder. Finklestein tells Westland, “I’ll send to New York for the smartest detective in America,” and the murder investigation is reopened.

The smartest detective in America is none other than William Crane, “star” of five detective novels by Jonathan Latimer. Here is the list, which I found at Wikipedia:

Click here to see more at Wikipedia and here to find even more information about Latimer’s writing and a short biography of the author.

The story is a locked room mystery, and the investigation continues with everyone completely befuddled, even as they collect more and more evidence. The only one who isn’t befuddled is William Crane, who consumes vast amounts of alcohol and solves impossible murder puzzles at the same time. I do remember Eddie Muller commenting on the continual flow of booze and that a lot of it was consumed by Crane, but I didn’t realize how much and how constant was the drinking. And even though the other characters partake themselves, several take note of Crane’s drinking. Finklestein, Westland’s lawyer, was the one who brought Crane into the investigation, and he begins to have some doubts about Crane’s dedication, telling him, “If you only detected as well as you guzzled liquor you’d be all right” (page 180).

William Crane has failed to inspire confidence in Myrna Hogan, too. She observes: “He doesn’t take this job very seriously, then . . . I haven’t seen him sober yet” (page 182). Hogan is the current resident of the Westlands’ apartment, the one they bought outright when they were still married (they are not yet divorced) and living together. Westland gave it to his wife when he moved out, and she was found murdered in the living room. Myrna Hogan is living in the Westlands’ apartment because the building manager decided to rent it out for a quick buck. She is briefly under suspicion and still manages to catch the roving eye of Finklestein, which is how she also manages to remain part of the story.

It’s clear that William Crane’s drinking doesn’t drown out his sense of humor. He pays a visit to Emily Lou Martin’s aunt and uncle, Mr. and Mrs. Prudence, with whom she lives, and tries to find out more about a mysterious phone call to Westland. The caller claimed to be Martin, but Martin insists that she did not call Westland and someone else must have imitated her voice. Mrs. Prudence is not happy about William Crane’s visit.

“Genius is an infinite capacity for not being satisfied,” William Crane replied . . . (page 171)

Crane’s sense of humor is sarcastic and on point, but some details about the novel were harder to accept. Eighty-seven years haven’t been too kind to Latimer’s writing style. Max Allan Collins, in his introduction to this new 2022 release, warns modern readers about Latimer’s “rough slang.”

. . . The use of rough slang, even in narration, is obviously Latimer working at maintaining a hardboiled edge. It is style, not racism. In retrospect, it might be an unfortunate artistic choice. But that is all it is. Looking past the offensiveness of ethnic-slur slang, we can see Latimer effectively invoking the melting pot that America so overtly still was in 1935 . . . (page vi)

I agree that the United States in 1935 had a long way to go, but the excessive use of racial and ethnic slurs is uncalled for, even in 1935. I have noted in other blog articles that Raymond Chandler’s work, for example, includes terms that modern readers would likely find offensive, but Chandler doesn’t resort to using these terms as much as Latimer does. Latimer uses a lot of derogatory expressions to refer to African Americans, Native Americans, Jewish people, and Italian Americans, to name just a few. These expressions are not just part of the dialogue; in other words, they aren’t simply a way to provide some insight into various characters. I am happy to report that some of these terms are obsolete and that I had to search for them online to learn their meaning.

Click here for my article about Chandler’s novel The High Window, which was published in 1942.

But as I have already pointed out, plenty about Latimer’s writing style is interesting, especially for readers like me who love language and history. And some of the plot details were intriguing. For instance, the lawyer Charles Finklestein gets all the people who know Robert Westland to act as detectives and thus help William Crane move the investigation forward as quickly as possible. And Robert Westland’s fellow death row prisoners, Isadore Varecha and Dave Connors, continue to be part of the story. They are introduced when the novel opens, but they are not abandoned once Westland’s murder investigation begins. Dave Connors is the one who recommends his lawyer to Westland. I found it rather amusing that someone like Westland, who has enough money to bribe the prison warden, takes Connors’s word about his lawyer (even though Connors is also on death row) and doesn’t bother to ask his friends for legal advice.

Latimer describes both men’s and women’s clothing in detail, and styles have changed enough that I couldn’t even picture some of the outfits. He also uses a lot of slang. I happen to enjoy this feature of noir literature, pulp novels, and detective stories, but I found myself looking up a lot of slang and fashion terms as I was reading. Here is an abbreviated glossary:

◊ Ipana: popular toothpaste brand introduced by the Bristol-Myers Company in 1901. From the 1920s through the mid-1960s, it was one of the best-selling toothpaste brands in the United States.

◊ swagger coat: woman’s pyramid-shaped coat with a full flared back and usually raglan sleeves; it was first popularized in the 1930s.

◊ wool plus fours: 1930s British style of sporting wear; the pants come to just below the knees and balloon out.

If you click on each term in the list above, you can find even more information about each one.

In 1937, Latimer’s novel was adapted as a film called The Westland Case, which I have not yet seen, and I want to. I did enjoy the novel, but this may be one of those instances when the film will be better.

The image of the front cover is from the 2022 edition from Penzler Publishers. The page references in this article refer to the Penzler 2022 edition listed above. 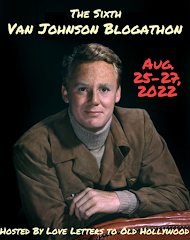