The Glass Key opens at a crowded campaign headquarters. Paul Madvig walks through the crowd, greeting people as he goes. One person says, out of his earshot: “He’s head of the Voters League.” Another says, “He’s the biggest crook in the state.” A reporter stops Madvig and asks him about Ralph Henry and his Reform Party. Madvig replies, “If Ralph Henry is so anxious to reform somebody, why don’t he start with that son of his? He gets into more jams than the Dead End Kids.” 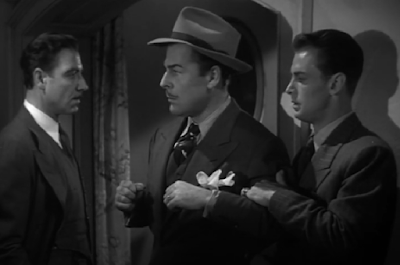 Click here for some information about the Dead End Kids from Wikipedia.

Ralph Henry’s daughter Janet is on hand to hear Madvig’s comment. She confronts him by slapping him across the face. Instead of being angry, Madvig is impressed. He asks his righthand man, Ed Beaumont, to set up a meeting with Ralph Henry so that he can meet Janet. Beaumont and another operative, Sloss, are concerned about this request. Sloss is worried about what Nick Varna will think. But Madvig doesn’t care. He is only interested now in meeting Janet Henry. Madvig thinks this is very convenient: He wants the Henry family’s blessing for both his love life and his political career.

• Madvig: “He’s [Ralph Henry] practically giving me the key to his house.”

• Ed Beaumont: “Yeah, a glass key. Be careful it doesn’t break off in your hand.”

The main character in The Glass Key, Ed Beaumont, is a political operative and not a detective, although he often acts like a detective in his job working for Paul Madvig. Beaumont’s job is to keep an eye on trouble and then keep Madvig out of it. Madvig needs a clean reputation, or at least the appearance of one, to continue his new endorsement of Ralph Henry, who is running for governor. Beaumont is a busy man: The film has plenty of dirty politics and corruption, including a murder investigation. Before too long, he’s busy trying to keep himself out of trouble, too. 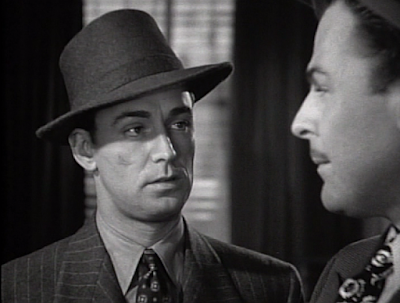 Paul Madvig’s sister Opal, nicknamed Snip, is in love with Ralph Henry’s son Taylor, a ne’er-do-well who gambles and relies on his father’s money and reputation to keep out of trouble. His penchant for gambling means that he is in debt to Nick Varna, the local gambling syndicate operator who doesn’t take kindly to other people defaulting on their debts and thus depriving him of his money.

Ralph Henry wields a great deal of influence around town, and Janet Henry agrees to an engagement with Madvig. Her motive seems to be political expediency in order to help her father. But Ralph Henry’s and Paul Madvig’s political plans take a downward turn when Taylor Henry is found dead and everyone has trouble accounting for their whereabouts at the time of his death. The investigation into Taylor’s death turns into a murder investigation after it is discovered that he died from blunt force trauma. 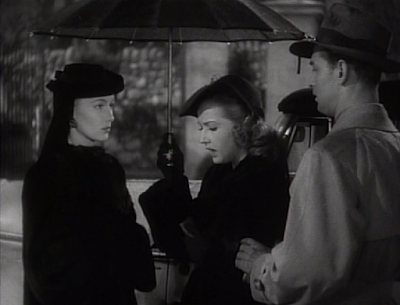 Paul Madvig is the prime suspect in Taylor Henry’s murder, and most of the film’s narrative involves Ed Beaumont trying to discern the truth. Someone is sending anonymous notes to various characters implicating Madvig, and all of them read the same: “If Paul Madvig didn’t kill Taylor Henry, then how did his best friend [Ed Beaumont] happen to find the body?”

A witness to the murder, Sloss, is hiding in New York City thanks to Paul Varna, who is anxious to see Ralph Henry lose his campaign bid so he doesn’t have to fulfil his promises to clean up the city—and thus clean up Varna’s lucrative and illegal club and business operations. Sloss has a story to tell about Paul Madvig and Taylor Henry, and Varna wants to make sure that Sloss gets the chance to tell it.

Nick Varna also knows that Ed Beaumont gave money to Opal Madvig so that Taylor Henry could pay off his gambling debts to Varna. Varna tells Beaumont that he still has some of Taylor’s promissory notes, which he could always make public. Varna bribes Beaumont to help him convict Madvig of murder:

• Ed Beaumont: “Yeah, I know him. Paul tossed him out of the league’s [Voters League] downtown headquarters last week.”

• Varna: “That’s where he made a mistake. Sloss came to me spouting. He saw Paul and Taylor arguing on the street that night. He was only a couple blocks away.”

• Beaumont: “That’s good. But you know Sloss won’t stand up.”

Varna’s two henchmen, Jeff and Rusty, hold Ed Beaumont prisoner after this incident because Varna now has to put another plan into action: He wants Beaumont to give a statement to Clyde Matthews, the editor of The Daily Observer, one of the city’s newspapers. If bribery won’t work to gain Beaumont’s cooperation, Varna is more than happy to resort to violence. And Jeff and Rusty are more than happy to keep Beaumont in a constant state of bloodiness and pain. 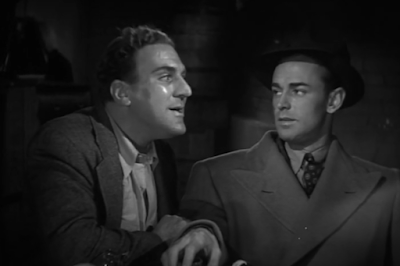 The name of the city featured in The Glass Key isn’t mentioned, but the corruption is wide-ranging. Nick Varna bribes elected officials and political candidates to turn a blind eye to his illegal business and to the illegal practices for his legal businesses. He manipulates political candidates and the law to make sure his choices for office are elected. He plants stories in the local newspaper to tarnish the reputations of anyone who opposes him. And he is willing to resort to violence when nothing else will work.

William Bendix is Jeff, the most violent character in the film. He works for Nick Varna and performs the more violent tasks that go with running illegal businesses in a corrupt city. Ed Beaumont is a witness to Jeff’s murder of Nick Varna in a seedy bar. When a waiter arrives on the scene, Beaumont suggests, “Better get a doctor in case Varna is not dead.” Jeff replies, “Better get an undertaker in case he is.” When he is arrested for the murder, Jeff kicks the newspaper photographer who is on hand to document the event. (It’s a lot like the scene in Breakfast at Tiffany’s when Sally Tomato’s lawyer is arrested for using information from Tomato, who is incarcerated in Sing Sing Prison, to keep Tomato’s illegal activities going.) Jeff is a supporting character, but it’s hard to forget William Bendix’s performance in the role. 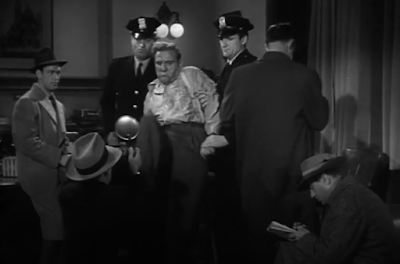 The person responsible for Taylor Henry’s murder is brought to justice, and Jeff is arrested for the murder of Nick Varna. But I wondered if Paul Madvig was serious when he told a reporter at the end of the film that anyone he backed was sure to become the next governor. Murderers are brought to justice, which fits the mandates of the motion picture code in 1942, but what about political corruption? Just how much clout did the head of the Voters League carry in 1942, or earlier if you consider that the film is based on Dashiell Hammett’s novel, which was serialized in Black Mask magazine in 1930 and published as a book in 1931?

I tried to do an online search about voters leagues in general, but I couldn’t find much information. The only information that came up consistently was about the League of Women Voters. I wonder if the term voters league was a kinder name for political machine when politics were run by people like William M. “Boss” Tweed (1823–1878), who ran the political machine called Tammany Hall in New York City. Maybe Paul Madvig’s Voters League was a concept that the film’s writers didn’t feel the need to explain to 1942 viewers because it was common knowledge going by a fictional screen (film) name.

The film starring Alan Ladd and Veronica Lake is actually a remake: An earlier version with the same title, and starring George Raft and Claire Dodd, was made in 1935. I haven’t seen the 1935 version, but the descriptions I have read about it paint an even darker film than the 1942 version, and probably one that is much closer to the novel. I may have read Dashiell Hammett’s novel years ago, but if I did, I remember little about it. I’m planning on (re)reading it.

I’m much more certain about this: Dirty politics, by any name, is a clear theme in The Glass Key.

This blog post about The Glass Key is my entry for the Classic Movie Blog Association’s 2020 Fall Blogathon: Politics on Film. Click here for the complete list of blogathon participants and links to their entries. The list is updated with live links each day of the blogathon, from October 20 to October 23.

October 14, 1942, release date  •  Directed by Stuart Heisler  •  Screenplay by Jonathan Latimer  •  Based on the novel The Glass Key by Dashiell Hammett  •  Music by Victor Young  •  Edited by Archie Marshek  •  Cinematography by Theodor Sparkuhl

Distributed by Paramount Pictures
Posted by Marianne at 12:08 AM